University of California (UC) Davis research scientist Louise Ferguson is taking part in a $3.4 million project titled “Development of an automated delivery system for therapeutic materials to treat HLB-infected citrus.” The study is funded by the U.S. Department of Agriculture’s National Institute of Food and Agriculture. The four-year project includes work by researchers at the University of Florida, UC Davis/UC Cooperative Extension and Texas A&M University.

The researchers are developing new automated technology that will homogeneously deliver bactericides into the vascular system of citrus, through numerous tiny punctures in the tree trunk and scaffold branches. The bactericides will then be transported through the tree’s hydraulic conducting system.

The goal is to determine time and season that are most suitable for effective delivery and distribution of bactericides in citrus to control HLB (huanglongbing, known as citrus greening disease) and improve tree health and productivity.

Since the first detection of HLB in 2005 in Florida, citrus production cost per acre has substantially increased from approximately $900 to $2,200.  Continuation of management at this level is not sustainable.

Candidatus Liberibacter asiaticus is the bacterium that is associated with the most serious citrus disease, HLB. In most countries affected by HLB, the bacterium is vectored by the Asian citrus psyllid (ACP), Diaphorina citri. Worldwide, ACP and HLB have spread to most citrus-growing regions.

The ACP insect is the only known vector responsible for spreading the disease from tree to tree. Once a tree has the disease, it is believed to be incurable.

“The spread of the insect vector and disease may differ due to climate and cultivar,” noted Ferguson. “However, with California’s $7.1 billion citrus industry, and in light of Florida’s rapid citrus decline from HLB, we cannot assume California will not experience a similar decline.” 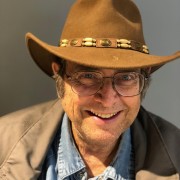 Where to Send Unsolicited Seed Packets